Step into the past to learn about our history: the American Indians who lived here for thousands of years, the explorers who visited, the settlers who moved here in the early 1800's, followed by the entrepreneurs who saw opportunity, and the men and women who built homes, schools, stores and churches. Most of the artifacts in our exhibits came from Portage residents who lived ordinary lives in this small town on the big river. But through their keepsakes and family records we learn about our roots and discover why people born in Portage may move away but they come back to renew friendships. The prime example of that is author Zona Gale, a Pulitzer Prize winning author who lived in Milwaukee and New York City but commented, after one of her occasional visits back to Portage in 1903, that "her old world was full of new possibilities" and the lives of people here provided ample material for her novels, short stories and plays. She came back to stay in 1904.

Come to our Museum to learn about the people and possibilities that intrigued Zona Gale, and many others.

Canal fever swept across the country after the Erie Canal was completed in 1825, and ambitious entrepreneurs envisioned a short canal that would connect the Wisconsin River with the Fox River, allowing agricultural products and wholesale and retail merchandise to be transported easily between regions of Wisconsin. It was a start-and-stop project for years, hampered by economic depression in the 1830s, a dearth of engineering skills on the frontier, cost over-runs, and a flood in 1851 that collapsed portions of the canal's banks. Eventually the canal was reliably navigable and during its heyday, boats and barges on the canal carried logs, boards, sandstone, lime, lead ore, gravel, coal, bricks, butter, wool, wheat, household furnishings, and passengers. 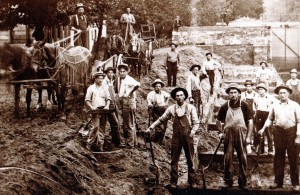 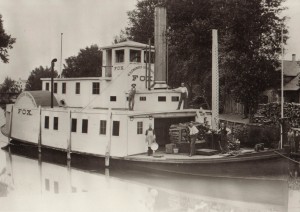 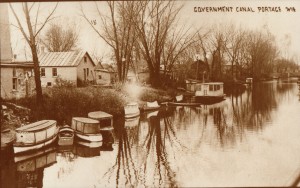 Step into a photo gallery of Portage houses and see if you recognize homes in your neighborhood, or homes that you pass every day. The photos display a wide array of architectural styles and influences, most of which still stand today, ranging from spacious homes with third floor ballrooms and elaborate exterior trim to unadorned homes for the families of modest means. An expression of the time in which they were built, the houses of Portage are modern-day artifacts that tell a story of Portage's earliest founders.

What year did YOU graduate from Portage High School?

Memorabilia from Portage High School will look familiar to you if you were a PHS Warrior, and even if you didn't attend Portage Schools you'll enjoy the exhibit and be reminded of days gone by. The Museum at the Portage has a nearly complete set of high school yearbooks that always bring smiles as we recall the band trips, football games, biology exams, prom night and much more. 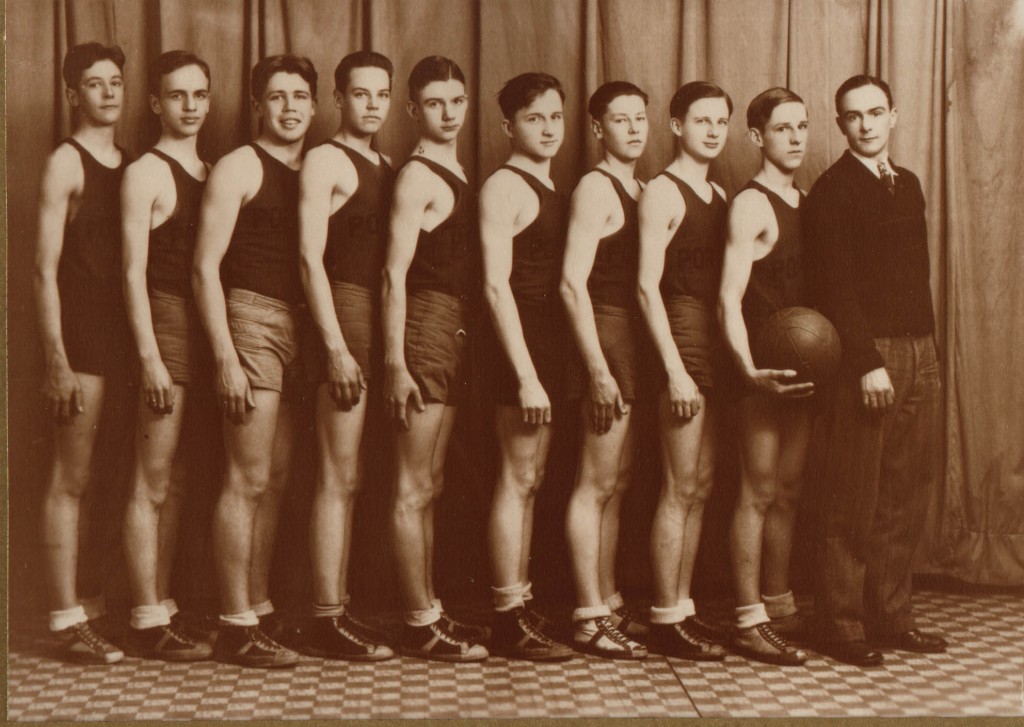 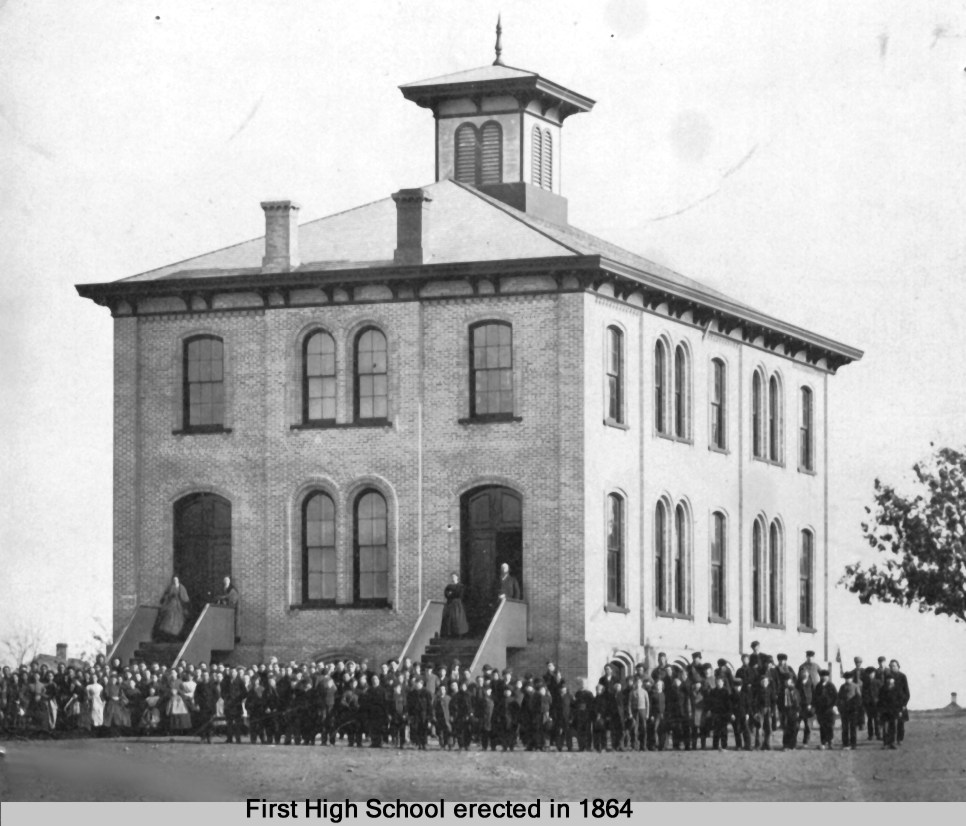 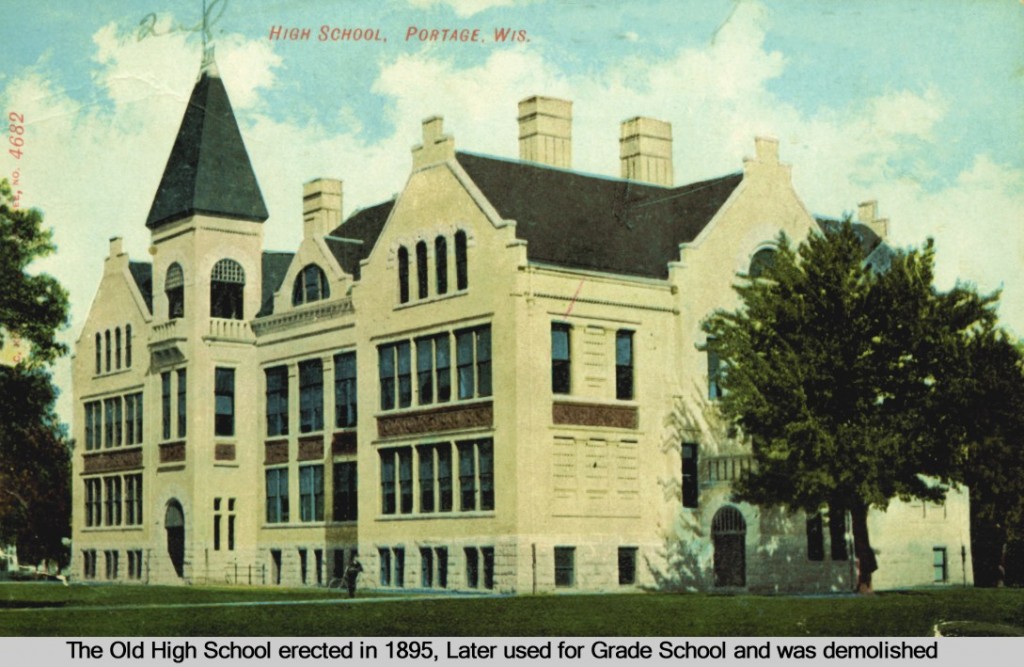 Curling has a long, proud history in Portage

The sport of curling, brought to this country by immigrants from Scotland, has been popular in Portage since the 1850s when teams curled on the canal and Silver Lake. Before the days of granite curling stones, they used a section of an oak tree that had been felled, cut to size and the edges rounded. Later, local foundries fashioned iron blocks that skimmed across the sheets of ice. Some of those old curling "stones" are on display at the museum, and you'll also be able to study a collection of curling photos to see how the sport has changed in the last 160 years. 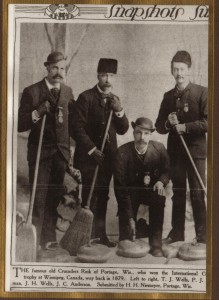 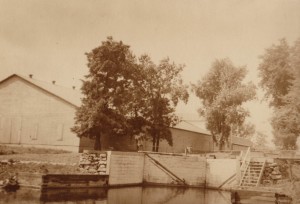 Curling Club with Locks and Canal in Foreground

Many families in Portage have a connection to the railroad: in its heyday, railroading was the largest employer in Portage and provided good-paying jobs for two or three generations of workers. The Milwaukee Road and the Wisconsin Central/Soo Line thrived here from the last quarter of the 1800's to the middle of the 1900's. Multiple passenger trains arrived and departed from Portage every day, and freight trains brought manufactured goods and agricultural products to Portage, and local businesses saw their goods loaded and sent to distant customers. In the 21st century, Portage remains an active hub for Canadian Pacific Rail and two Amtrak trains arrive and depart with passengers twice daily. 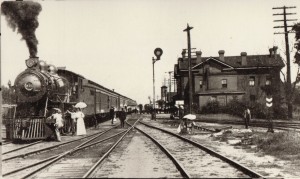 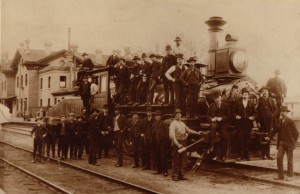 Ever since man discovered the wheel, we've been on a quest to make things better, go faster and higher, last longer, etc. The museum's technology exhibit displays some of the items that were 19th and 20th century response to that challenge: typewriters, a dictaphone, cameras, 8-track tape player; a phonograph and a radio that were both sizable pieces of furniture, old telephones, an early television with 9-in screen, and more. Use your imagination to think about how items of today's technology will find a place in the exhibit in 50 years. 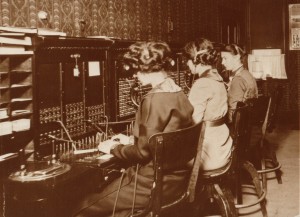 Your ticket for the: Exhibits